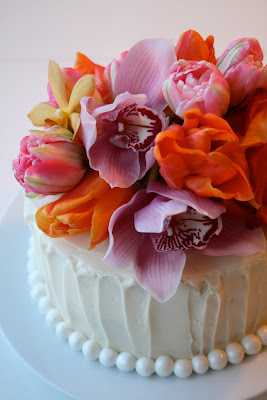 My brother and his wife celebrated their 1st wedding anniversary on the weekend, so I used it as an excuse to bake a cake. I made the cake for their wedding last year, and I thought it would be a cute idea to recreate the top tier. My brother is a huge carrot cake fan, so I used this recipe from King Arthur Flour (love them!). If i had my way, I would have thrown raisins, walnuts, toasted coconut and maybe even pineapple in their, but he's a purist, so that was a no go. The cake was delicious though, very moist too. Their wedding cake was covered in fondant, which i fully intended to do this time, but it tore while i was trying to put it on. Now, I'm not the most patient person, so straight into the trash it went. I used the leftovers to make those cute little pearls at the bottom though! 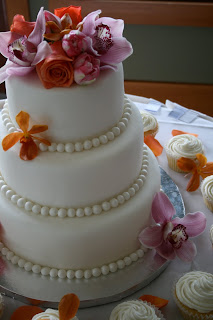 What a truly beautiful picture of a beautiful cake. I like all the extras too-And thanks for using KAF recipes.
Joan @KAF

Thanks so much!
I absolutely love KAF! The Baking Companion is my goto cookbook, and I use the recipes on the website all the time. I've never had a king arthur recipe flop...ever! 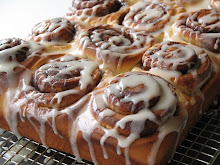